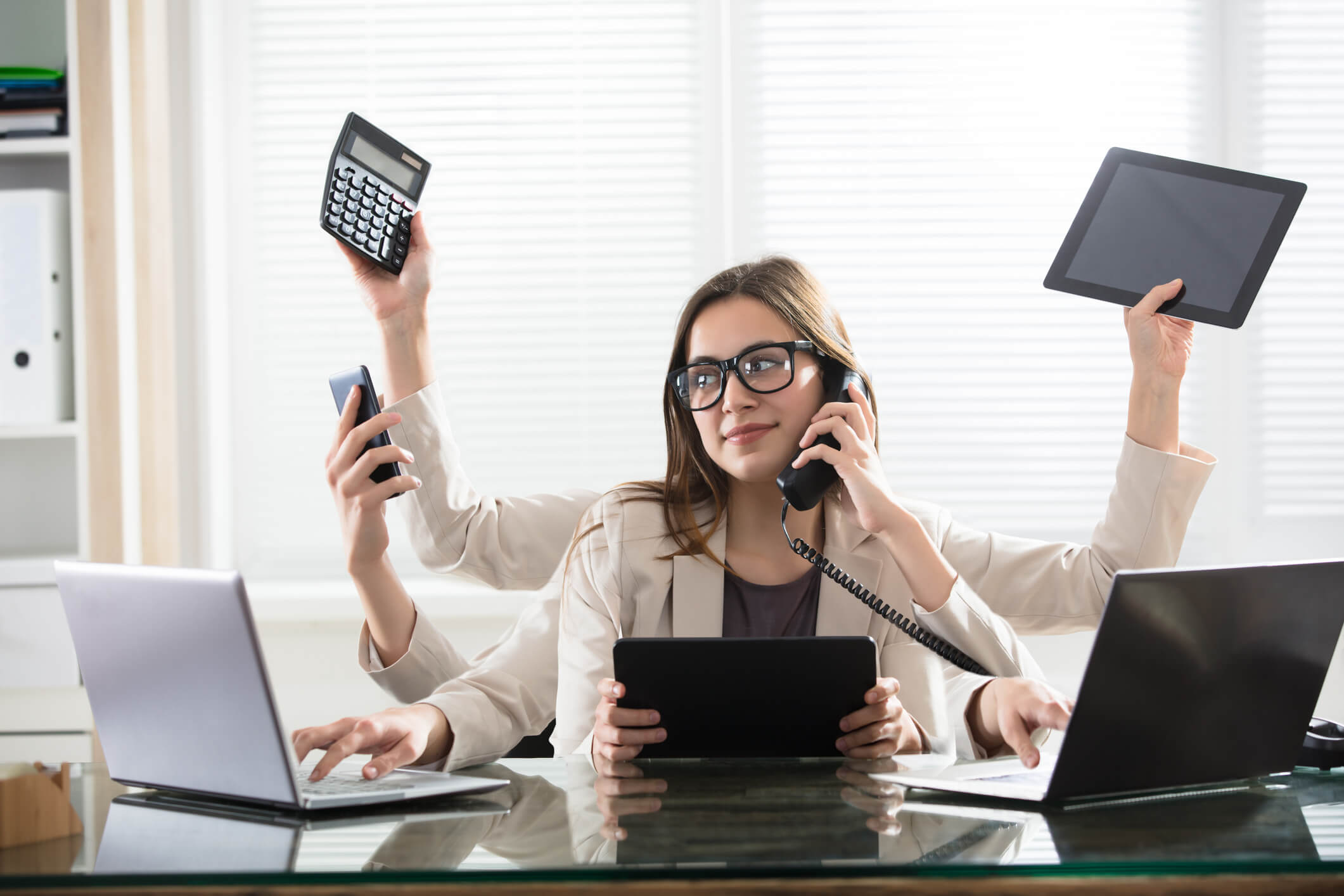 When the first IBM operating system was developed in the early 1960s, customers were astounded by a computer’s capacity to carry out several tasks simultaneously. After being struck by this impact, they attempted to apply multitasking to human activity. The ability to multitask then appeared to be a very beneficial skill that, when mastered, might increase your job efficiency while saving a lot of time. It means that the CPU seamlessly transitioned from one duty to the next, eventually bringing each one to a logical end.

Is it? Let’s figure it out

Let’s start by defining the term. The phrase was first only used in the programming environment but has now spread to manufacturing and other areas of human endeavor. The capacity to carry out many tasks while juggling multiple priorities is known as multitasking.

You’ve undoubtedly heard about Caesar’s remarkable capacity to perform two or more tasks simultaneously. You attempted to move from one activity to another, then to a third, and so on, after being motivated by such a “feat” and “pushed” devotion in executing one item to the distant shelf. What happens when you only do a tiny bit?

And the output included several activities that had been begun but none that had been finished. Additionally, you are unsure what should be done and what should be left last. Most importantly, you lose time and mental energy. With little motivation, the number of undone jobs increased. Negative efficiency and a problematic scenario as a result. We are here.

It may not be as beneficial and essential a talent as it initially appears to be able to multitask.

According to research, multitasking impairs one’s productivity. Fortunately, we are not machines; thus, productivity mainly rests on our capacity to focus on a single activity. We work through a series of instances one at a time, concluding one and beginning the next. In addition to saving time, achieving goals increases motivation and the will to succeed wildly. The time it takes to do the chores should be cut in half if you can grasp two objects simultaneously. However, in practice, it will need twice as much work, and you will also lower the likelihood of completion.

Let’s try turning on the multitasking mode, which entails doing everything simultaneously and switching between tasks. For instance, you must set the table with ten dishes, water the flowers in 10 vases on the windowsill, and send out 10 SMS invitations. We put three dishes down, hurried to water three flowerpots, and then sent three SMS simultaneously. We went back to the dishes, the vases, and the messages. After that, in a circle. Simple chores require you to spend more time and get exhausted if you complete them all at once. At the same time, in the middle of everything, multitasking’s negative consequences kick in: instead of sending an SMS, you pour water on your phone or set a dish on the windowsill rather than the table for some reason.

Now do the same simple tasks in sequence: dishes, watering, and finally sending messages. You will be surprised – and things go faster, and the brain is intact!

Let’s make the load more challenging or, more accurately, close to reality. For instance, you may be drafting a report or a presentation while checking for new messages from classmates or on VK, reacting to SMS, or assisting coworkers with an “urgent” request. Working in such a multitasking style will almost always result in you noticing that time has mysteriously passed, your working mood has vanished, and barely 10 to 15 percent of the preparatory work has been completed. The startling finding: It gets harder to concentrate on work the more distracted you are. Emails, social media, gadgets, and other activities waste time and effort that you could use more productively.

We vastly overstate the significance of communication; in our time, this notion appears so archaic. Turn off any irritants, though, if you want to do the operation as swiftly and effectively as possible. You’ll be able to concentrate better on the work as a result.