When Emmanuel Vasseneix, the CEO of the Dairy of Saint-Denis-de-l’Hôtel (LSDH) in the Loiret, entered the office of his supply manager, he noted that she was about to burst into tears in front of her computer and the 250 unread messages from her inbox. “I realized that this employee was crumbling under the job, that she did not dare to complain, and that she was cracking,” Vasseneix reflected. The next day, some of her e-mails were rerouted, and her workload was redesigned.

Two months later, LSDH hired a second person in the Procurement Department. To this boss of 360 employees, there is no need for flashy measures to pacify the climate of the company. Stress management is done on a case-by-case basis. “Tensions, there are inevitable,” he acknowledged. “Our sector has been in a crisis for thirty years, no need to add internally. “

“Using anxiety as a management tool is a tyrant’s behavior!” says Xavier Fontanet.  A behavior whose excesses are sanctioned, since 2003, by the law on moral harassment at work.   In France, a study published in the “French Review of Social Affairs” in 2004 estimates the annual cost of stress for the Sécu between 830-1650 million euros or $1-2 billion.

Lindsay Owen-Jones was the Chief Executive Officer (CEO) of L’Oréal from 1988 to 2011.  When he stepped down, the climate of the world’s number one cosmetics line began changing. “When Lindsay Owen-Jones landed, people were paralyzed,” recalled a member of the executive committee. “Faced with a problem, he was not asking for a solution but six. To be able to choose the best one,” added the executive. The arrival of Jean-Paul Agon at the head of the group in 2006 ushered in a new era. Managers were now invited to worry about the results and manage their teams with respect and generosity.

At KPMG, stress is part of the job, although, in the words of Jacky Lintignat, the CEO, “It’s not the company that creates it but the job. Consultants work under the constant pressure of deadlines and report live to customers in the field. ” That is why, in its recruitment campaign, the auditing and accounting firm announces the color with visuals representing young, dynamic executives who “hang on” (in a train) because, at KPMG, the ‘Acceleration is guaranteed.’ However, the company takes this opportunity to offer a gym and a concierge to help relieve stress.

So, the problem is where to put the slider on the stress spectrum? “Too much stress kills performance, but without stress, no one is successful,” says psychiatrist Patrick Légeron, director of the consulting firm Stimulus. All managers who recognize the impact of pressure on their teams are looking for this point of balance and claim to respect a few simple rules.  Firstly, explain to your employees the strategy adopted by the company. As Emmanuel Vasseneix reiterated, “Why would a guy accept you taking him somewhere if you did not tell him where you intended to lure him?”

At the head of Accor Services since 2005, Serge Ragozin understood this well. He managed to engage the branch of the hotel group in a movement of innovation and acquisitions smoothly.  “Rather than impose, he managed to convince that a change was necessary,” said Jean-Marc Loustalet, deputy CEO.

Lead the way, but also give everyone a little autonomy to achieve their goals. This is the second rule that maintains a positive pressure balance. Nothing is worse than feeling constantly monitored by superiors.

A sector director of a large French bank can testify. Every month he received a phone call from his boss asking if he had met his goals. “One day, I had not sold enough bank cards; the next month, it was home insurance, home loans … I was not allowed to turn around! ” He himself managed a hundred people and refused to apply this kind of method. “I told them the goal but let them do it in their own way.”

“The lack of autonomy or freedom to organize is one of the major stressors at work,” confirmed the psychiatrist Patrick Légeron. “A genius slumbers in each of us,” enthused Xavier Fontanet. “Our duty as managers is to discover and cultivate it. “

The third essential rule for maintaining good team health is to encourage talent through trust but also through recognition. Unfortunately, too many managers neglect this rule. When asked, “What is the most difficult problem to endure at work?” 45% of French workers responded: lack of recognition (TNS Sofres survey, July 2007). “But do not be confused reward and recognition,” insists Patrick Bouvard.

“We were having trouble with the production of Danao, which was stressing my teams and tending to relationships with our client. The marketing manager came down to our workshop and promised the workers that if they met the deadline, he would invite them all to the restaurant,” noted Emmanuel Vasseneix.  The employees of LSDH took up the challenge and, two weeks later, the man from Danone kept his word. “This manager was able to perceive the tension of LSDH teams and adapt his behavior.”

Identifying the symptoms of stress is essential to measure the pressure that is imposed on teams. The warning signs of destructive stress are nevertheless numerous and sometimes glaring: “Regular absenteeism, turnover, accidents at work, isolation, aggression, hyperactivity, loss of appetite or bulimia,” said Dominique Hoareau, author of Taming Your Stress (Editions d’Organization, 2001). “Warning,” noted psychiatrist Patrick Légeron, all these signs may have other causes than anxiety.”

Listen to your team. Observe them and use common sense to avoid problems created from unnecessary pressure and unruly stress. 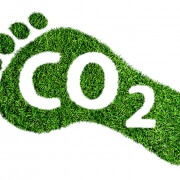 Everything you need to know about carbon footprints 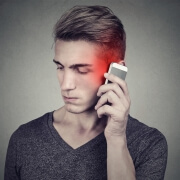 Radiation Impact on the use of Cellular Phone 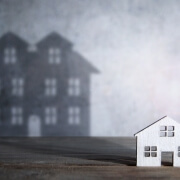 Reasons You May Have to Downsize Your Home 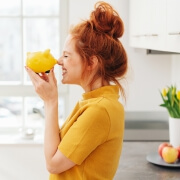 6 Investments That Are Low Cost and Low Risk 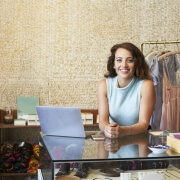 How to Acquire Financing for your Boutique Retail Shop 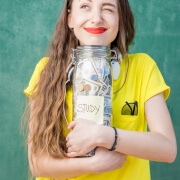 How to Save Money While You’re in College 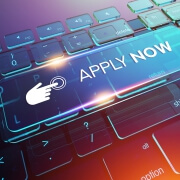 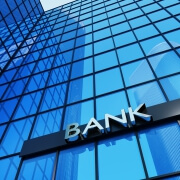 How to Pick a Bank You Can Actually Trust
What is an Insurance Brokerage?