Over the last thirty years, cancer, neurological (Parkinson’s and Alzheimer’s) or autoimmune diseases, diabetes and reproductive dysfunction have continued to grow. How to explain this worrying epidemic, which particularly strikes the so-called developed countries? This question is answered by the documentary film ” Our daily poison “, the result of a two-year investigation in North America, Asia and Europe. Based on many scientific studies, but also on the testimony of representatives of regulatory agencies – such as the US Food and Drug Administration (FDA). The film shows that the main cause of the epidemic is of environmental origin: it is due to some 100,000 chemical molecules that have invaded our environment, and mainly our food, since the end of the Second World War.

This major survey traces the way in which food is produced, packaged and consumed, from the farmer’s field (pesticides) to our plate (food additives and plastics). It dissects the system of evaluation and homologation of chemicals, through the examples of pesticides, aspartame and Bisphenol A(BPA), and shows that it is totally faulty and unsuitable. It tells about the pressures and manipulations of the chemical industry to keep highly toxic products on the market. Last but not least, it explores avenues to protect itself by supporting its immune mechanisms through food, as demonstrated by numerous scientific studies (criticized by the pharmaceutical industry).

100,000 chemical molecules “have invaded our environment, and mainly our food,” since the end of the Second World War.

What we eat contains residues of pesticides, fungicides and insecticides, aspartame and artificial colors. And that makes us sick. The responsibility of the chemical industry in the epidemic of chronic diseases. The journalist noted a rise in cases of cancer, Parkinson’s disease and reproductive dysfunction.

Wherever she goes, she asks people who know a woman who has had breast cancer to raise her hand. Three-quarters of the assembly do it. Here, 40% of women and 45% of men will develop cancer during their lifetime, according to the Canadian Cancer Society. These cancers that are phenomenally growing, did you know that they particularly affect the industrialized countries that have been able to take advantage of all these new inventions?

This writer-director explained to the public that she wanted to know if Monsanto’s practices had been used by the chemical industry that produces pesticides, certain plastics, food additives, etc. The answer is radically clear, in his opinion: this industry is the main cause of “the epidemic of chronic diseases” – cancer, birth defects, decreased fertility, nervous system and hormonal disorders, etc. – whose increasing frequency compromises all efforts of medicine to increase life expectancy.

Pesticides, herbicides, preservatives, insulators, plastics. All these products from modern chemistry were initially to reinvent the wheel by facilitating agriculture, extending the life of food, solving a thousand and one problems of everyday life.

In addition to cancer, she talks about fertility problems, neurodegenerative diseases, as well as all kinds of disturbances of the endocrine system. Over the years, some links have been made quite clear to governments and regulators that some products are banned – including PCBs and now BPAs in baby bottles. Except that, in general, the possibility of links between a bunch of molecules and all kinds of diseases is often perceived as too vague for that to justify their total prohibition.

In order for the causal link between these chemicals and many of these diseases to be unquestionably and scientifically demonstrated, it would be necessary to make impossible experiments, either to force humans in cages to be exposed to a particular product for a large number of years. This proof, we will never have. In the meantime, you have to manage the risks. And it’s not because a product does not make us fall dead that it does not kill us.

Not only are current standards designed to protect the public from contaminants in their environment, or even on their plate, but they are conventions that are not based on any scientific demonstration, but they are now completely ineffective against the new generation of contaminants, which we call endocrine disruptors.

Toxicity studies are provided by companies, such as Monsanto, which are not more transparent and tend to hide the truth. Moreover, these studies are produced on the basis of an individual test of chemical substance. Now there are on the market today more than 100,000 chemical molecules of which we do not know anything about mixtures, this cocktail effect explosive.

According to the studies provided, three chemicals taken separately and injected in minute doses have no effect but when these three substances are taken together then the impact is multiplied by sixty! We also learn in this survey that the famous reference to the daily dose, Paracelsus’ principle that says the dose is the poison, is totally out of sync with reality. For the vast majority of chemicals this principle adopted 50 years ago does not work. 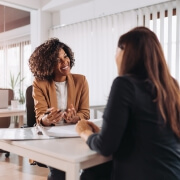 How to Maximize Customer Experience in the Banking Sector? 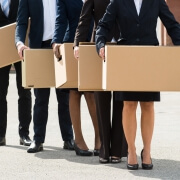 When Downsizing Becomes a Necessity 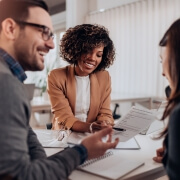 7 Ways to Finance Your Business 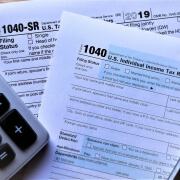 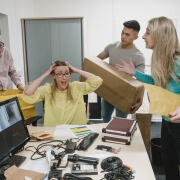 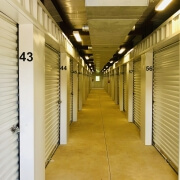 6 Keys to the Self-Storage Business 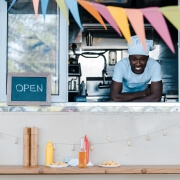 Cybersecurity tips to protect your business
Scroll to top