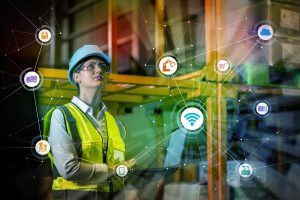 “According to folklore, this has been a terrible generation for manufacturing and those who move goods,” says Center of Business and Economic Research’s Director Michael Hicks. He made this bold statement about the opinions of the general public which are, in fact, on the contrary. He further added, “That isn’t what the data says. Indeed, 2015 was a record manufacturing production year in inflation-adjusted dollars. While 2016 fell just short with some weakness in the first and second quarter, 2017 looks to be a new record year.” Manufacturing logistics are set to mark 2017 and 2018 as record years with renewed hope for more chances of trade and economic bliss.

Hicks’ comments don’t come as a surprise with growth that is monitored and, above all, viable for safely suggesting that over the past generation, we are experiencing more growth than we have in the last 100 years. From 2000-2003, production grew with a steady 11 percent each year due to the evolution of the web and internet. But, then came the downfall in 2007’s global recession which was a massive blow to global economies and businesses everywhere according to a leading manufacturing logistics report, Manufacturing and Logistics: A Generation of Volatility & Growth, released by Ball State’s CBER and Conexus Indiana.

Over the past 100 years, in every aspect of human evolution, from science and technology to arts and design, mankind has made progress beyond its capacity and resource limitations. And, with a generation of progress, employment comes galore. The good thing about development is the abundant chances of opportunity that it brings along as Hicks pointed out. He also states with considerable confidence that manufacturing logistics is safe for years and all this misconception is due to the rising levels of unemployment.

He also goes on to reiterate his positivity by saying how manufacturers have become leaner and more versatile, covering more industries than ever before. The growth in productivity means greater demands that are being met with satisfaction, In this generation, robotics and other automation have contributed to fewer people being employed. Some particular factors pointed out aided the decay of employment. It revealed that, if the worker is well educated and skilled, it raises overall productivity. This means that manufacturing logistics professionals with higher qualifications and credentials play a significant role in development and ensure a higher ability to cope with business demands.

The report also explains that mechanization has evacuated staff off the job. This automation has gained considerable negativity due to the facts that downsizing and other forms of corporation cut-offs in this generation increase the level of unemployment, unless the worker is shifted or relocated. Productivity does increase but at the expense of using fewer workers with the idea of improving a system. Emphasis is also laid on the improvement of processes or mechanisms such as ISO certification. For manufacturing logistics, this certification ensures that the process and practices deployed offer the optimum level of efficiency while maintaining a standard and that techniques are used to ensure amplified industrial production.

Other management methods like Lean Six Sigma help manufacturers implement a methodology that requires a combined team effort to develop the levels of performance by analytically eradicating wastage and decreasing discrepancies. The methods used in this generation are evidently a mark of quality and assured reliability. This leads to better monitoring and evaluations of the workforce which is manageable and supported by standards that set quality assurance ideals. Since peaking in 1979, manufacturing logistics employment levels have misplaced around 8 million jobs. This is due to mechanization and other developmental processes that are enhancements which come with time. But, at the loss of eight million jobs, another 9 million have been created in various disciplines that support manufacturing and logistics like vocation, shipping, and services.

Unlike our predecessors who didn’t happen to live in the age of the information highway, our generation enjoys the bounties of science and technology that stir up markets by creating jobs and opportunities for businesses such as e-marketing, e-commerce, and web development. Such businesses have spawned industries that are in complete support of manufacturing logistic activities. Hicks elucidates, “Trade and productivity growth shift job opportunities to other places and other sectors even as employment grows. We are at peak US employment right now.” That means with the modernization of markets, corporations and businesses, the US is at its all-time high in matters of employment related to trade and growth in its productivity levels which further ensures the future of many professionals of this generation. 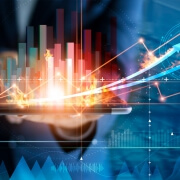 Cloud Computing And It's Effects On Economic Growth 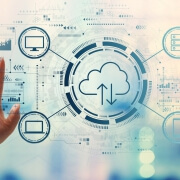 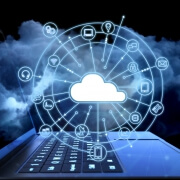 Economic Growth With Cloud Computing
How to Protect Your Personal Finances from Business Risks Do I Need a Business License for an Online Store?
Scroll to top